Statement of commitment and principles

Statement of Commitment and Basic Principles of Mission

The statement of commitment of our Institute for Holocaust and Genocide Studies is based on the principles stipulated in the Declaration of the Stockholm International Forum on the Holocaust in 2000, and includes our commitment to remember all victims of Nazi and Fascist Persecutions, as well as the victims of all other genocides that mankind knew.

We adopted as definition of the Holocaust that provided by the United States Holocaust Memorial Museum, one of our main partners in the field of Holocaust education and research. According to this definition “the Holocaust was the systematic, bureaucratic, state-sponsored persecution and murder of six million Jews by the Nazi regime and its collaborators. “Holocaust” is a word of Greek origin meaning “sacrifice by fire.” The Nazis, who came to power in Germany in January 1933, believed that Germans were “racially superior” and that the Jews, deemed “inferior,” were an alien threat to the so-called German racial community. German authorities also targeted other groups because of their perceived “racial inferiority”: Roma (Gypsies), the disabled, and some of the Slavic peoples (Poles, Russians, and others). Other groups were persecuted on political, ideological, and behavioral grounds, among them Communists, Socialists, Jehovah's Witnesses, and homosexuals.

In the early years of the Nazi regime, the National Socialist government established concentration camps to detain real and imagined political and ideological opponents. Following the invasion of the Soviet Union in June 1941, Einsatzgruppen (mobile killing units) moved behind German lines to carry out mass-murder operations against Jews, Roma, and Soviet state and Communist Party officials. German SS, police, and military units murdered more than a million Jewish men, women, and children, and hundreds of thousands of others. Between 1941 and 1944, Nazi German authorities deported millions of Jews from Germany, from occupied territories, and from the countries of many of its Axis allies to ghettos and to killing centers, often called extermination camps, where they were murdered in specially developed gassing facilities. In 1933, the Jewish population of Europe stood at over nine million. By 1945, the Germans and their collaborators had killed nearly two out of every three European Jews as part of the “Final Solution,” the Nazi policy to murder the Jews of Europe.”

We are committed to a remembrance of past crimes with an eye towards preventing them in the future. Consequently, we are committed to the Declaration of the Stockholm International Forum on the Holocaust, signed by both Romania and Hungary, which reads as follows:

Moreover, on behalf of the Institute for Holocaust and Genocide Studies,

We value a free, respectful, and democratic society. We condemn the evils of prejudice, discrimination and racism.

UN Secretary-General António Guterres stated: “It would be a dangerous error to think of the Holocaust as simply the result of the insanity of a group of criminal Nazis. On the contrary, the Holocaust was the culmination of millennia of hatred, scapegoating and discrimination targeting the Jews, what we now call anti-Semitism.”

We are rejecting any denial or distortion of the Holocaust as a historical event, either in full or in part and we are condemning without reserve all manifestations of religious intolerance, incitement, harassment or violence against persons or communities based on ethnic origin or religious belief, whenever they occur.

In this respect, we are acting according to the Working Definition of Holocaust Denial and Distortion developed by the experts of the International Holocaust Remembrance Alliance (IHRA) and adopted by IHRA’s 31 member countries at IHRA’s Plenary meeting in Toronto on 10 October 2013, which reads as follows:

“The present definition is an expression of the awareness that Holocaust denial and distortion have to be challenged and denounced nationally and internationally and need examination at a global level.  IHRA hereby adopts the following legally non-binding working definition as its working tool.

Holocaust denial is discourse and propaganda that deny the historical reality and the extent of the extermination of the Jews by the Nazis and their accomplices during World War II, known as the Holocaust or the Shoah. Holocaust denial refers specifically to any attempt to claim that the Holocaust/Shoah did not take place.

Holocaust denial may include publicly denying or calling into doubt the use of principal mechanisms of destruction (such as gas chambers, mass shooting, starvation and torture) or the intentionality of the genocide of the Jewish people.

Holocaust denial in its various forms is an expression of antisemitism. The attempt to deny the genocide of the Jews is an effort to exonerate National Socialism and antisemitism from guilt or responsibility in the genocide of the Jewish people. Forms of Holocaust denial also include blaming the Jews for either exaggerating or creating the Shoah for political or financial gain as if the Shoah itself was the result of a conspiracy plotted by the Jews. In this, the goal is to make the Jews culpable and antisemitism once again legitimate.

The goals of Holocaust denial often are the rehabilitation of an explicit antisemitism and the promotion of political ideologies and conditions suitable for the advent of the very type of event it denies.

Distortion of the Holocaust refers, inter alia, to:

We are committed to teach our students and raise their awareness towards any kind of genocides, according to the definition of genocide provided by the Israeli historian and scholar Professor Yehuda Bauer, a distinguished and highly respected authority in the field of Holocaust and genocide studies:

“[Genocide is] the planned destruction, since the mid-nineteenth century, of a racial, national, or ethnic group as such, by the following means:

(a) selective mass murder of elites or parts of the population;

(b) elimination of national (racial, ethnic) culture and religious life with the intent of "denationalization";

(c) enslavement, with the same intent;

(e) biological decimation through the kidnapping of children, or the prevention of normal family life, with the same intent…. [Holocaust is] the planned physical annihilation, for ideological or pseudo-religious reasons, of all the members of a national, ethnic, or racial group.”

Basic principles of the mission of the Institute

In this framework, the Holocaust is a genocide of unprecedented nature, international in scope and global in intent, designed and carried out from the design phase to the execution by the institutions of the states concerned. The Holocaust was defined by the Commission for the Study of the Holocaust in Romania headed by Elie Wiesel as the state-organized, systematic persecution and extermination of European Jewry by Nazi Germany and its collaborator allies between 1933 and 1945. Not only Jews were persecuted and killed during this period. Persecution and mass arrests took place against other ethnic groups such as Sinti and Roma, people with disabilities, political opponents, homosexuals and other target groups identified as groups of “different” people, labeled as “others” and excluded from the protection afforded to members of society.

Having in view the territory of today’s Romania, but also the territories under Romanian or Hungarian administration during the Second World War, the primary responsibility for the planning and implementation of the Holocaust bears on:

The Institute for Holocaust and Genocide Studies within the College of Political, Administrative and Communication Sciences of the Babeş‒Bolyai University of Cluj-Napoca was founded in 2014.

The Purpose of the Institute is the education and research in the field of the Holocaust and genocides.

In this regard, the Institute will consider:

– The development and introduction of courses on the Holocaust, genocide studies, studies of denial in all its forms of expression etc. addressing mainly students of political science, public administration, journalism and communication departments of the College, with total openness to bachelor, master and doctoral students from other majors and colleges of the university and other universities in the country and abroad, and will aim to familiarize them with these topics and raise their awareness by filling knowledge gaps accumulated during the years of pre-university training, including inter- and multidisciplinary courses, 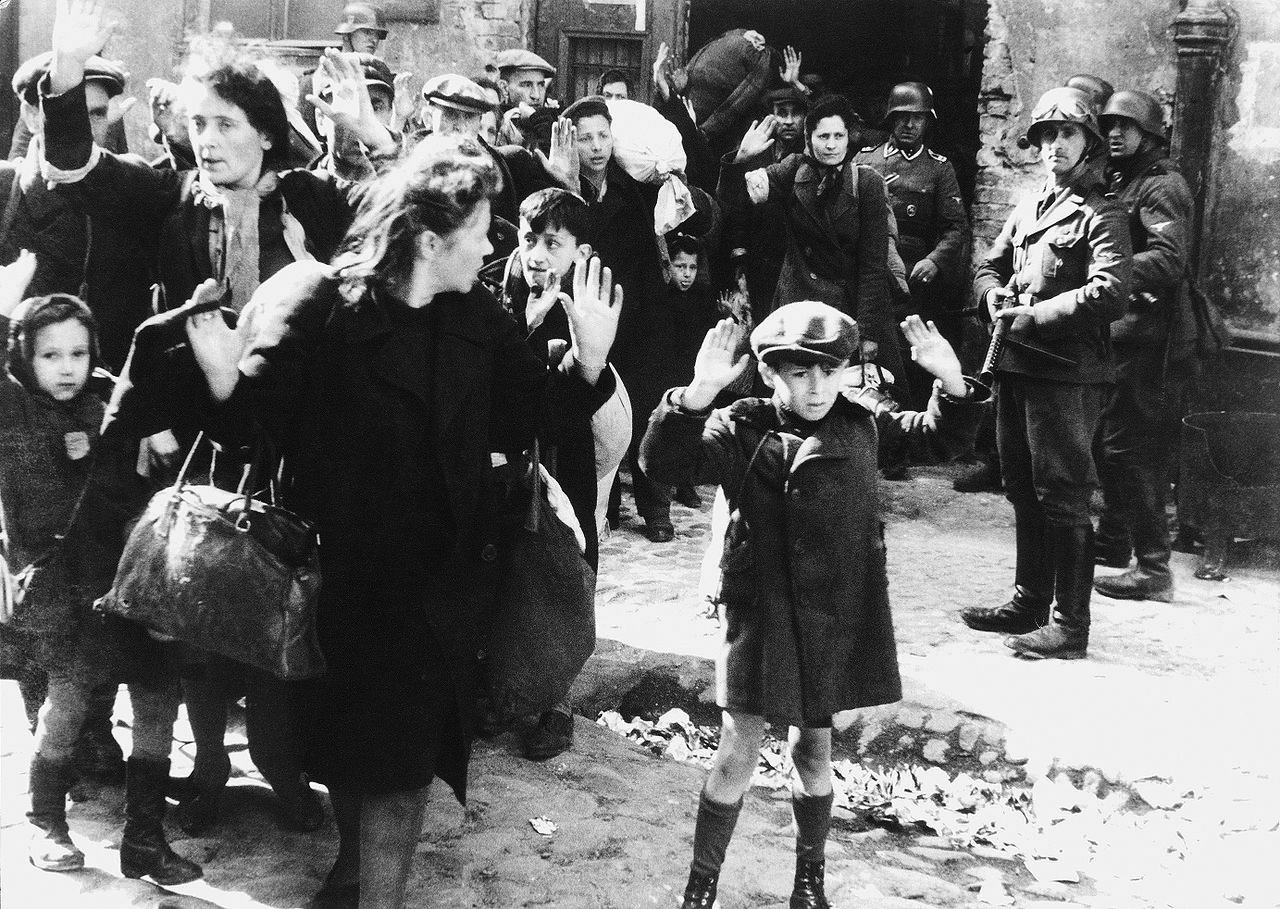 – The initiation of courses, seminars and conferences for opinion leaders (journalists, political scientists, sociologists, social workers, etc.) and scientific and cultural personalities from across the country, as well as the development of adequate training programs and raising their awareness on Holocaust and genocide related issues,

– The initiation of independent research programs or in cooperation with institutions and organizations in the country and abroad that have similar concerns, research which will not focus on the reproduction of results already achieved, but rather on filling the gaps in the current research state on the Holocaust and genocide (e.g. through special attention accorded to the Holocaust in South-Eastern Europe and regions of the former Soviet Union, where the Hungarian and Romanian governments and military forces of the time played an important role, etc.), attracting in its educational and research programs mainly the bachelor, master and doctoral students, but also staff members of the College and of the University.

Educational programs of the Institute will focus on the following themes:

a) Case studies and comparative genocide studies (for example, the Armenian genocide, genocide in Rwanda, the genocide in Timor - resemblances and differences to the Holocaust);

b) Genocide and crimes against humanity;

Research programs of the Institute will be complementary and not duplicative to other institutions in the country and abroad, trying to fill gaps in current knowledge about the Holocaust and genocide and will focus on the following main areas: